What Was the Average Low Fell House Price in 1952?

What Was the Average Low Fell House Price in 1952?

Well, what a weekend that was. Street parties, gatherings in the park, the purple bunting, egg and cress sandwiches, union jack flags, cheese and pineapple on cocktail sticks, and let's not forget the trifle – the Platinum Jubilee Party. And no decent party is worth its salt without a game or a quiz.

So, if you have post-Jubilee blues, let me ask you, how much was the average Low Fell house worth in 1952?

To start with, let me look at what a property is worth today in Low Fell.

Now, let's go back to 1952. Sir Winston Churchill was the Prime Minister, Newcastle won the FA Cup, London was covered in the Great Smog, free prescriptions on the NHS ended (it cost 1 shilling or 5p in new money), and King George IV, at the age of 56 passed away on the 6th February, meaning Princess Elizabeth became the Queen - as for housing…

This means Low Fell house prices are 121 times higher since 1952.

Yet over the last 70 years, the country has been subjected to 4.5% per annum inflation.

So, does that mean house prices are more expensive today compared to 1952?

Yet let us not forget the average mortgage payment in 1952 was £11 per month. The average Brit earned £34 per month, meaning 32.3% of the household income was going on mortgage payments, whilst nationally today, according to the Nationwide, it stands at 28%.

And that’s the point, some things in ‘real terms’ (real terms being true spending power of the money after taking into account wages, costs and inflation) were more expensive and some cheaper 70 years ago. For example, in 1952, petrol was equivalent (in today’s inflation-adjusted prices) to £1.02 per litre, a pint of beer £2, half a dozen eggs £2.20,

So back to property, the Queen’s reign has seen some amazing house price rises in the UK, yet that growth hasn’t always been in constant upwards direction as we have had a couple of dips along the way. 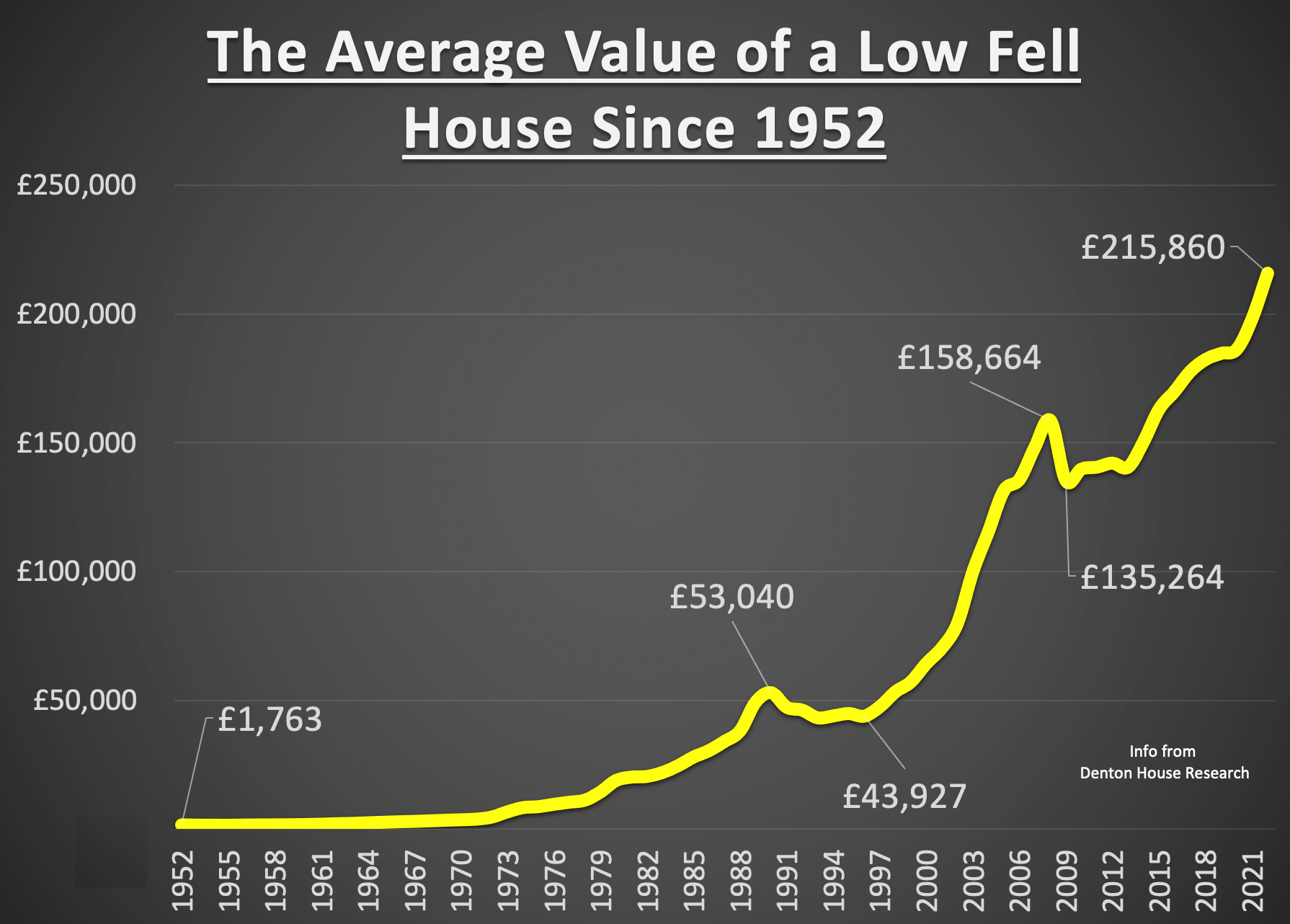 So, what else has changed about property and housing since the Queen came onto the throne?

By the time of the Silver Jubilee in 1977, 56% of people owned their own home, with 12% of people privately renting and 32% rented from the council.

Come the Golden Jubilee in 2002, 70% of people owned their own home, with 11% of people privately renting and 19% rented from the council.

Today, 63% of people own their own home, 20% of people privately rent and 17% rent from the council.

So, to conclude, as we look forward into the 21st century, I am sure the property market will be totally different again in 70 years.

I hope you enjoyed reading this article and do share it with your friends if you find it interesting.

How to Market Your Low Fell Home to Families

The True Cost of Clutter When Selling a Property